3 ways to optimize your video
advertising strategy on facebook 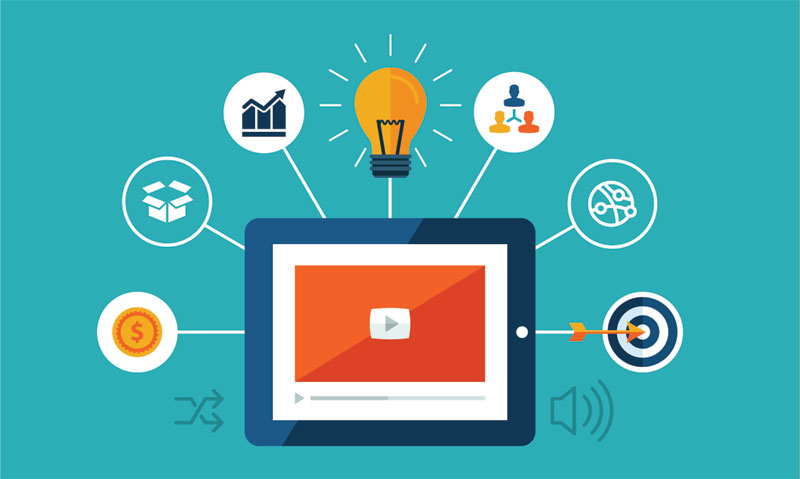 Finally! You can now make real money using Facebook videos. This mega-platform is clearly taking video seriously as an advertising resource — as it should.

Historically, Facebook videos have been free of advertisements; but then came last year’s announcement that pre-roll ads would play before videos within Facebook’s Audience Network. And that started brands exploring new ways to leverage video on the platform.

What’s become popular over the last year, for example, is in-article ads appearing between paragraphs of text on mobile; they begin playing silently once half of the ad pixels had been revealed (until viewers click to opt-in for sound).

The newest thing? Now, Facebook videos will contain mid-roll ads, too. After a few seconds, YouTube allows users to skip ads that play before its videos, but Facebook’s mid-roll ads can be inserted into any video that’s 90 seconds long or more. These ads start to play after 20 seconds. So, if viewers want to finish the video, they need to sit through the mid-roll ad.

With this exciting development, both platform and content creators can fully capitalize on the boom in streaming video.

Projections indicate that video consumption will only continue to rise. By 2020, Cisco’s Visual Networking Index suggests, video streaming and downloads will comprise more than 80 percent of all consumer internet traffic. For entrepreneurs and small business owners, this is mostly good news.

A blessing and a curse

Merchants have been exploiting the most effective marketing strategies since the advent of commerce. Think about the very first hawker, out on the street, shouting at the top of his or her lungs, trying to capture the awareness — and business — of everyone who passed by. This in turn attracted other hawkers. One can only imagine how that street must have looked and sounded the next day, with a cacophony of voices rising up to compete for attention.

As with other novel advertising methods, these hawkers’ effective strategy was adopted and exploited until consumers saw it so often that they were no longer impressed, but were instead repulsed by the disruption to their experience.

Sound familiar? The same phenomenon is recurring today: That’s why, given the ever-increasing number of advertisers posting videos, telling a story in your video that resonates with your audience is vital if you hope to stand out from the crowd.

While understanding your audience will help you maximize the relevance of your ads and make every view count, here are some simple elements to boost the power and reach of your Facebook video ad:

The better to see your video with, my dear! Using larger graphics and fonts is critical. This is especially true on mobile devices (where Facebook has a strong hold), where tiny graphics and text are almost illegible. For great examples of videos with large, easy-to-read captions, check out pretty much any BuzzFeed video — with the sound off.

To maximize the effectiveness of a video ad and reach as many devices as possible, create mobile versions of each video and run these ads independently of the desktop version. Smaller mobile screens will affect the viewer’s experience. According to research by the Interactive Advertising Bureau, in partnership with Millward Brown Digital and Tremor Video, videos on smartphones are less likely to aid brand awareness than those viewed on desktops, because of the former kind of videos’ decreased visibility.

In addition, because filming is usually the most expensive part, while you’ve got the camera out, film several variations of the video’s key elements, and get feedback to optimize the ad’s performance. A little planning ahead goes a long way.

Keep video ads to no more than 15 seconds, if possible. Although that brevity may not feel possible, it is, and the struggle is worth the reward. Try creating a 15-second video and a 30-second video, and then A/B test them against each other to see which performs best. Examine the viewing stats for each targeted audience, and use that information to settle on the most effective length.

Mobile videos should be shorter than those running on desktop platforms, but shorter videos also just perform better in general. Peloton Cycle, for example, produced a highly effective 15-second Facebook video that identified whom it was addressing (women), what Peloton was offering (in-home spinning with others, in a virtual class) and why (the product satisfies the need to workout from home while still being social).

Just because a video is short doesn’t mean it’s devoid of valuable information. Highlight your target market, your product and where to buy it. If it’s still in the pipeline, let people know when it will be available, and briefly touch on why they should want it or what need it will satisfy. Piquing interest is great — requiring a lot of follow-up research is not.

Focus on how you can solve people’s problems instead of installing “click me” buttons. Make a list of five real-life benefits your product or service will give customers. Then, bring them to life in the video to connect viewers with the feeling they’ll get from using it. If you sell sunglasses, for example, show a woman on the beach wearing them, rather than a still life of a pair of shades.

Steven Sashen, CEO of Xero Shoes, made a video that taught viewers how to make their own minimalist sandals without having to buy anything, essentially demonstrating his company’s offering to them. Sure, the video resulted in some sales, but the upward-of-1-million views it received also meant more prospects and vast exposure.

At this point, the video-advertising arena on Facebook is getting crowded, and that’s an excellent barometer of the success companies are seeing on the platform. So, now, the challenge of any Facebook video campaign has become to quickly grab attention with a compelling narrative and stirring visuals, all in a matter of seconds.

Sometimes, that requires abandoning traditional methods of direct selling in favor of building an engaged online following and the momentum that that provides. To make your video a memorable experience for users, keep it short and sweet, and — please — make sure your witty captions are legible.

What is influencer marketing, and why should it be part of your digital strategy?