Mobile-first indexing &
advertising: everything you need to know 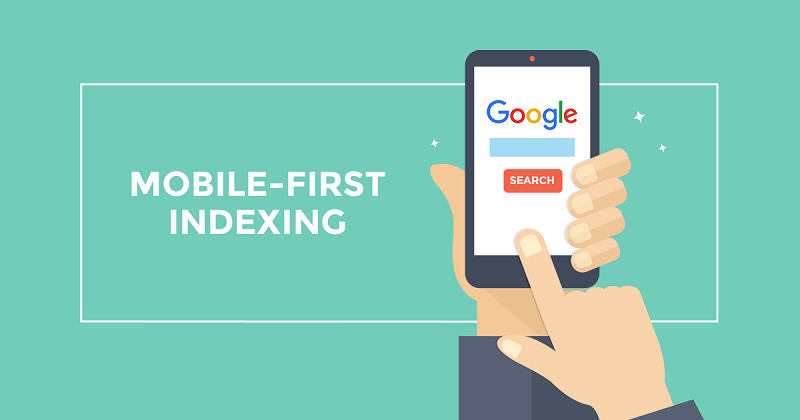 Such is the case with Google’s switch to mobile-first indexing.

What does it really mean?

How does it affect advertising and PPC efforts?

The good news is that we have some direct answers to these questions.

Although we can’t say for sure what stage we’re at in Google’s current ranking reorganization, they claim it isn’t a big deal. Moreover, we know it’s happening, and that we should respond to it immediately.

Let’s take a look at the pertinent facts and the next steps for you.

What Exactly Is Mobile-First Indexing?

Simply put, mobile-first indexing is indeed exactly what it sounds like: Google will now crawl and index mobile sites first.

If your website isn’t mobile-friendly, Google will still index the pages on your desktop site.

As far back as 2016, we understood that mobile was the wave of the future when mobile internet usage surpassed desktop worldwide.

Accordingly, we can see where Google is coming from with this change.

Google is, after all, here to serve its users.

Users don’t care where advertisers spend their time. The user wants sites, services, and advertising available where they are … and where they are is on the go.

Is Mobile-First Indexing Already in Play?

The lack of hard evidence regarding whom mobile-first indexing currently affects should be a strong motivation to jump on the bandwagon.

Because if you’re one of the companies affected, your online advertising and pay-per-click efforts may take a big hit.

How Does Mobile-First Indexing Affect Your Advertising Approach & Goals?

Here’s the 10-second choose your own adventure summary of how ads work: You place an ad. Ad runs elsewhere on the web. Consumer clicks. Consumer comes to your site.

Do you: Give them an amazing user experience that directs them right to the relevant product or service for which they came or keep them dangling with glacial load times, invisible content, terrible copy and confusing navigation?

In case you’re wondering, that was rhetorical. Given the latter experience, the user will bounce every time.

Poor UX not only loses you a conversion, though. It also leads to penalties from ad platforms. If users bounce in droves, your PPC ad quality score will plummet.

That will lead to higher costs per click, which can decimate your advertising budget. This, in turn, will mean lower conversions and a much higher cost per conversion or CPC.

Ultimately, over time, this will negatively impact the total number of campaign conversions, leading to a higher cost per acquisition (CPA) — the cost of a lead or sale.

In other words, it will lead to very bad things.

Next Steps: Check Your Site Configuration

Related article: How to optimize your mobile design for search

The good news is that if you have a responsive site or a dynamic serving site where both content and markup are equivalent across desktop and mobile you shouldn’t have to do anything.

However, if you have a site configuration where there is a substantial difference between your markup and content across desktop and mobile, then you should invest in a responsive site.

While this may sound like silly advice, more companies need it than you might think. Too many companies still have mobile sites with:

We can do better than this and, now, thanks to mobile-first indexing, we’ll have to.

But what if you can’t build a responsive or dynamic site immediately? Your best bet is to make the following changes to your site:

Also, be sure to track your metrics. If you’re seeing reduced traffic or higher bounce rate, get on it. Because Google’s going to get on you if you don’t.

Ride Out the Changes the Smart Way

As with any change, we’ll need more time to ascertain what this means for the industry.

In the meantime, the best approach to dealing with Google on Google’s terms is to use a cutting-edge advertising strategy, heavily informed by data science. Such techniques are better able to cope with new changes without the lag time created by fallible human brains.

Whatever approach you choose, don’t make the mistake of thinking this doesn’t apply to you until you get that webmaster notification. Once you get it, the ball is already rolling.

If you don’t want it to dent your PPC and ad efforts, you need a mobile-first strategy in place beforehand. So get it locked and loaded, and get ready to win the day.

How targeted do you need to make your PPC landing pages?