Hooked on a feeling: The forgotten
factor in online advertising 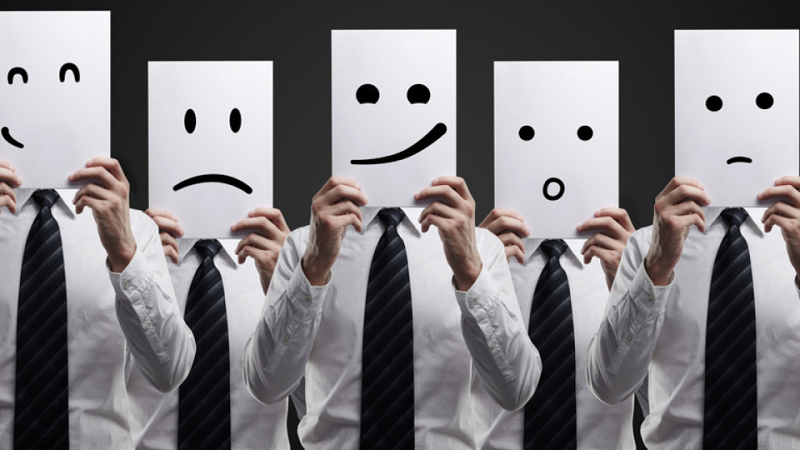 If there’s anything the recent past has reminded us, it’s that feelings still trump considered thought. This is also true for advertising, but not in the way you might think.

The marriage of ad and tech has brought some amazing advances. But as we move to the future, does that mean we’re also doomed to repeat the mistakes of the past?

The CPM pricing model we still use today is a direct handover from the world of print and TV. And we still use it, even though ads are more often bought and sold one at a time in programmatic marketplaces these days.

Maybe that’s a minor point. But what if the entire basis of programmatic were also based on an old, outmoded idea? Even as we’d inherited and hadn’t even noticed it, the ghost is at the programmatic feast.

We forget, but the process of segmenting and targeting users based on demographic or other personal data stretches back to the 1920s, arguably even further. Even if today’s proxy is 3rd party cookie collection instead of product or program type, the idea is ultimately the same.

And what of the results? While much of the talk in advertising right now is around AI and machine learning, the focus of so many data scientists is still to deliver more segmentation, personal targeting, 3rd party data and retargeting. In other words, a faster horse for profiling and categorizing people into preset groups. Whatever you call it, your PhDs are ultimately still operating under the same principles as when Mr. Ed ruled the airwaves.

But the problem is not the age of demographic targeting so much – as a technique, it has stood the test of time remarkably well. The question is whether the practice is truly suited to the way we consume media right now. Especially as many advertisers now use the same targeting tactics at any given moment of our online lives.

For a comparative view on the limitations of demographics, consider the marketing world’s obsession with Millennials. At first, it seemed like a necessary way of understanding a certain age group. But hundreds of takes and research pieces later, a category that includes everyone born from 1980 to ’95, or even the early zeros, seems to lose much of its sense or meaning.

With the possible exception of social media, few marketing tactics have played to online’s key strength – it is live, real-time and immediate. Instead of making assumptions about past actions and repeatedly revisiting them, we could be continually revising those assumptions instead: building and optimizing campaigns around peoples’ moods in the moment. The advertising industry talks incessantly about making emotional connections with people. Witness the latest buzz around brand purpose (admittedly amid much scoffing on the sidelines) for just the latest example. Isn’t it curious, then, that, up to this point, we’ve hardly at all discussed the role mood and feelings play in an online context?

Perhaps it’s because the general dialogue around advertising has shifted so far from the heart to the head. Segmenting people into neat boxes appeals to our sense of order – in fact, it seems the peak of logic. But what about when everyone goes down this route?

There are plenty in advertising calling for a complete rethink. Whether it’s industry leaders, big tech or the public, online advertising certainly has its share of detractors right now. Post-Cambridge Analytica, at least one academic has even made the case that legally, the whole industry should be dismantled completely.

Much of this ill feeling can be pinned back on the flipside of that cold, logical attitude – the mechanistic approach that dominates programmatic. One that doesn’t account for mood, so invariably ends up annoying people instead – like a robot answering service that keeps redirecting you back to its main menu.

Another way of understanding our predicament comes from author and former tech exec Jay Acunzo.

In a post on Medium, Acunzo describes the currently dominant view of how to use data:

“You understand today or try to predict tomorrow by pulling from things you assume to be absolutes, all of which were learned yesterday.”

The advantage here is that it doesn’t require very much effort and produces reasonably successful results. The alternative, Acunzo says, is to:

“Isolate a variable and test it specifically. This recognizes that generalities are dangerous and that CONTEXT is everything. So you better test and learn in today’s context.”

This applies neatly to the current and potential future uses of online advertising, too. To be truly effective, as well as more aligned with peoples’ online experiences, we should optimize based not on past assumptions, but on present mood. And that means continually adjusting media buying to the content that matches best with your message.

This may at first sound like heresy — especially for a congregation so used to hearing the gospel of segmentation and personal targeting. But let’s also recall the triple threat of ad blockers, browsers like Safari and Firefox blocking trackers, or indeed the still-developing fallout from GDPR.

Instead of using cookies and pre-recorded user segments as proxies for the right audience, it’s time we hooked into real-time reactions instead. They’ve always been a huge factor in TV campaigns. Why then forget what could be such a key factor in online advertising’s success?

How brands can embrace mood

5 ways to increase engagement and generate more leads with video