Does PPC work for B2B? 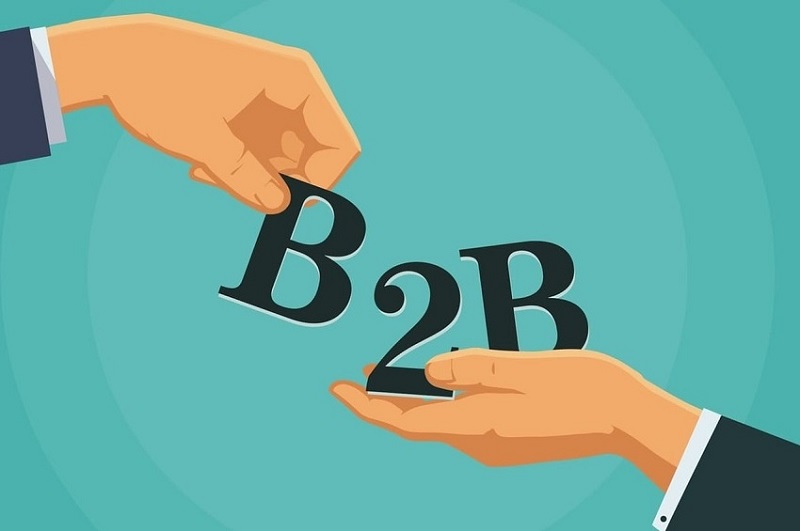 PPC might not result in money raining indoors. But it can definitely work.

PPC for B2B. It doesn’t just sound catchy (or terribly obtuse, depending on your perception of acronyms). It also works — very well, if done correctly. Pay-per-click advertising can be a business-builder for any firm, regardless of who you’re selling to.

There’s a common and unfortunate preconception that pay-per-click ads are at their most effective when used in a B2C context. Presumably, that’s because a B2C context involves lower-price-point, higher-volume purchases, allowing for more data to be optimized, more conversions, and, at the end of the day, more things to be sold.

There’s logic to that. Certainly, nobody would deny that PPC can work for B2C businesses. But the reality is that there are several factors that actually make this channel ideal when selling to businesses, too. In fact, when we market for B2B, PPC is one of the most common tools we pull from the toolbox.

Why? Here’s the reason, short and sweet: PPC for B2B works because it allows companies to reach high-value business customers at consumer costs, meaning you’re getting attention far below its market value.

PPC ads target individuals. B2B companies sell to businesses. Taken at face value, these facts would seem to suggest that PPC ads would be ineffective in a B2B environment. But, of course, there’s more to the story.

I love this thought from Woden: “Businesses don’t buy things. People do.”

Here’s how that plays out: when you’re selling high-consideration services or products, there may be several people involved in the buying process. But to be considered, your B2B company only needs to appear in front of one person who’s searching for a solution.

Targeting this person via PPC may not be quite as straightforward as targeting a direct consumer, but it can actually lead to greater audience specificity over time as you come to understand your customer persona. And that’s important as you continually shape your messaging to resonate with the people who are searching for your services.

2. Customer relationships can be built online.

“I’m not sure this works for my industry.” Or, “That’s not how we get sales.”

Variations of those statements are rehashed by B2B firms every time a digital marketing channel arrives on the scene. Five years later, most companies have either adopted the new channels or become irrelevant.

I don’t want to be too harsh, though. The disconnect makes sense, especially when you consider that, traditionally, at least, the people making those claims are right. For a long time, the majority of B2B businesses have been built on the strengths of real-world relationships and referrals, neither of which are factors that translate simply into the digital world. So, when a longtime salesman for an engineering firm says that his best sales come from relational selling, he’s not being intentionally obstinate. He’s only telling the truth.

For at least the past 10 years, though, the non-digital world of sales has been slowly and steadily bleeding into the digital world. B2B sales are still made on the basis of relationships, but today’s relationships can just as easily start online as at a trade show or networking event.

PPC is one way to speak to a person’s need – and with good copy, a good landing page, and a good call to action, that can be the first step to developing a valuable relationship that translates into a sale.

Okay, so PPC can target individuals, and it can effectively be used to develop relationships. But to work, it still needs to be ROI positive. To show how that happens, let’s get slightly more technical (and throw in another acronym for good measure).

In a B2C world, the value of one customer is generally relatively small. Let’s say we’re selling shoes for $50, so in order for our PPC ads to break even, they’d need to produce a sale for every $50 spent (and that’s not even including any other overhead costs). Let’s say our landing page is converting at 5% (which is about average). That means we’d need to get 20 clicks to get one purchase. So, our break even CPC is $2.50. Realistically, in order to justify the cost of a prolonged campaign, we’re probably going to need to get our CPC substantially below a $2 threshold.

That’s certainly possible. But the margin for error is pretty slim.

Let’s back up and adjust the numbers to a B2B context, where the value of one customer is much higher. Let’s say we’re selling IT services for $60,000 per contract. In order for our PPC campaign to break even, we’ll need to get our CPC down to… $3,000.

Get any kind of normal CPC, and the profit starts; even at an incredibly un-optimized rate 0f $20 CPC, this campaign would be making a killing to the tune of a cool $9 million.

But the baseline reality is undeniable: this is a real opportunity. PPC works for B2B because it targets real people to develop real relationships — and, in comparison to almost any traditional marketing channel, the ROI can be huge, because you’re still paying for attention at a consumer-priced level.

The fact that you’re selling a considered purchase only means that it’s easier to create profitable campaigns. There’s a bigger margin to capitalize on because the keywords are still priced to the level of a consumer. They’re appearing to individuals, yet for B2B, there’s a much bigger prize to win.

If you’re not doing PPC, you’re probably missing out. If you’re doing it and you haven’t seen the results yet, don’t blame the channel. PPC is proven to work in B2B environments – even those with high price points, traditionally relational sales, and longterm considered purchases. The reward is there, and with the right campaigns, there’s ROI to be had. Plenty of it.