Is there really a ‘best time to
post’ Social Media updates? 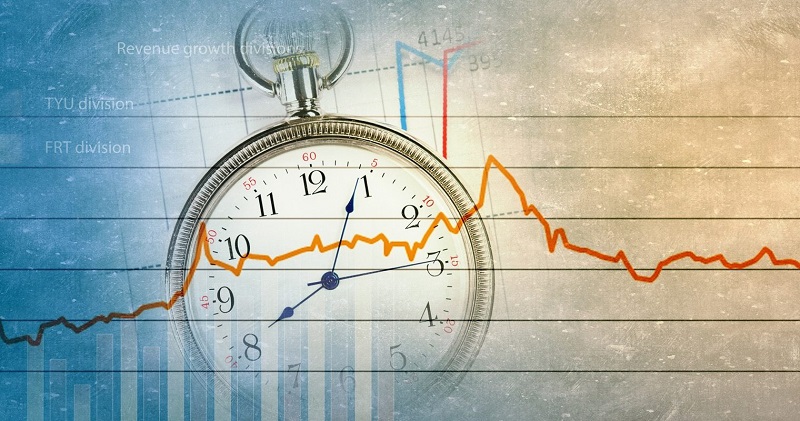 We all want to know what the best time to post a social media update is, but the answer isn’t always straightforward.

With differing algorithms for different social media sites, various time zones to contend with, and different audiences, is there really a universal “best time” to post?

I’ll dig into data that helps demystify this issue, so you can figure out how to approach posting social media updates.

Algorithms Versus Time of Day

Most — but not all — social media platforms have evolved from being chronological timelines to using algorithms to predict relevancy to the user.

That means that the social platforms try to surface the updates they believe is the most relevant based on different signals, whether it’s engagement, timeliness, and other factors.

While posting at a specific time might be relevant to the people who are logged in at that moment, it doesn’t necessarily mean that your users won’t see your content at some point when they log in, even if you posted earlier in the day.

There are some caveats.

The social network announced a new ranking algorithm in 2018:

Today we use signals like how many people react to, comment on or share posts to determine how high they appear in News Feed. With this update, we will also prioritize posts that spark conversations and meaningful interactions between people. To do this, we will predict which posts you might want to interact with your friends about, and show these posts higher in feed. These are posts that inspire back-and-forth discussion in the comments and posts that you might want to share and react to – whether that’s a post from a friend seeking advice, a friend asking for recommendations for a trip, or a news article or video prompting lots of discussion.

With this new algorithm, brands will have to work even harder to be seen:

Based on your feedback, we’re also making changes to ensure that newer posts are more likely to appear first in feed. With these changes, your feed will feel more fresh, and you won’t miss the moments you care about. So if your best friend shares a selfie from her vacation in Australia, it will be waiting for you when you wake up.

Instagram’s algorithm is not purely chronological though.

It still works to surface the most relevant content for users based on engagement,  but timing is now an influential ranking signal.

Other things to consider with the Instagram algorithm include the idea that it may reward posts based on your profile’s interaction with followers, including how quickly you interact, and using the right hashtags.

The LinkedIn Feed ranks updates based on thousands of signals across three main categories:

Users can manually switch to most recent updates in the feed within the platform.

The Twitter timeline is called “timeline” for a reason: its tweets are ranked in reverse chronological order, with the most recent tweets showing at the top.

In 2016, Twitter made a slight change to its functionality where users could choose to turn on a feature that allows Twitter to serve the most relevant tweets for users, in reverse chronological order:

Here’s how it works. You flip on the feature in your settings; then when you open Twitter after being away for a while, the Tweets you’re most likely to care about will appear at the top of your timeline – still recent and in reverse chronological order. The rest of the Tweets will be displayed right underneath, also in reverse chronological order, as always. At any point, just pull-to-refresh to see all new Tweets at the top in the live, up-to-the-second experience you already know and love. 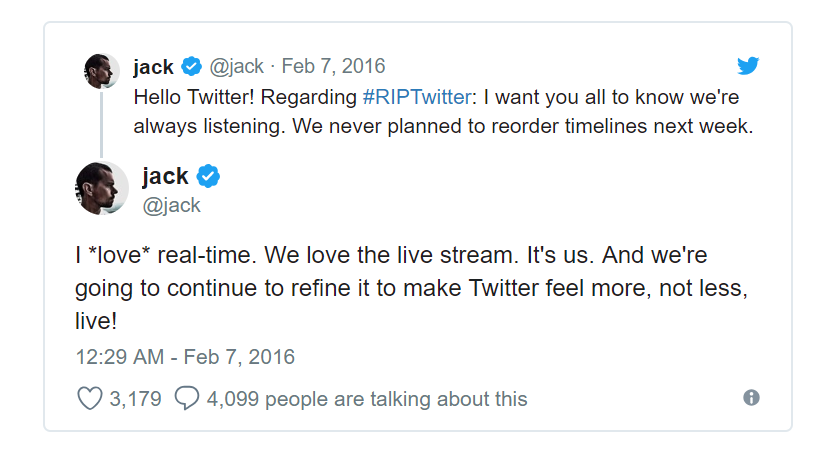 So as far as Twitter goes, timing definitely matters.

What About Time Zones?

Time zones make data on the best time to post to social media particularly tricky, especially when you have audiences in different time zones and particularly when you’re following universal best-time-to-post recommendations.

CoSchedule states that “in theory” the Eastern or Central time zone “would be the best time to base off for a United States audience to reach the most people through your social media shares.”

However, the best course of action is to use analytics tools to discover where your audience resides on the various social media platforms.

Using social media analytics tools, like those native to the social medium (for example, Facebook Page Insights) and other free and premium tools can help you with the best time to post.

If your audience lives in multiple time zones, you can scatter your updates throughout the day to try to reach them right when they are online, and hope that the social medium’s algorithm finds your content to be relevant to them when they log in at a later time.

Some sites offer specific solutions for this issue, like Facebook’s Restricted Audience posting feature, which allows you to post updates to a specific audience, by age and location. Using this feature, or similar ones through social media sites and tools, you can schedule perfectly timed posts in advance for your entire audience.

Every year, studies come out on the universal best time to post to social media. Each one of them looks at their own data set, and they all typically differ.

Here are some of the highlights. According to CoSchedule, the best time to post on Facebook is 1 p.m. to 4 p.m. late into the week and on weekends, including:

To increase shares and clickthroughs, the best times to post, according to the article: CoSchedule gives the following recommendations for posting on Instagram:

And the general best times to post, according to the article, are: According to CoSchedule, these are the days and times you want to consider when posting to LinkedIn:

When to post on LinkedIn to get the most clickthroughs, according to the article, is: CoSchedule says to keep the following in mind when thinking about the best time to tweet:

When to tweet in general to increase retweets and clickthroughs, says CoSchedule:

Best Time to Post to Social Media by Industry

It goes without saying that different industries have different types of audiences with different lifestyles and social media habits.

This can impact when the best time to post is based on goals the brand has, like generating leads or selling products.

The research is worth checking out if you’re a brand in any one of those sectors.

When thinking about the best time to post, there are a lot of considerations, including:

How mastering the art of PPC yield management can boost ROI

This website uses cookies to improve your experience while you navigate through the website. Out of these cookies, the cookies that are categorized as necessary are stored on your browser as they are essential for the working of basic functionalities of the website. We also use third-party cookies that help us analyze and understand how you use this website. These cookies will be stored in your browser only with your consent. You also have the option to opt-out of these cookies. But opting out of some of these cookies may have an effect on your browsing experience.
Necessary Always Enabled
Necessary cookies are absolutely essential for the website to function properly. This category only includes cookies that ensures basic functionalities and security features of the website. These cookies do not store any personal information.
Non-necessary
Any cookies that may not be particularly necessary for the website to function and is used specifically to collect user personal data via analytics, ads, other embedded contents are termed as non-necessary cookies. It is mandatory to procure user consent prior to running these cookies on your website.
SAVE & ACCEPT